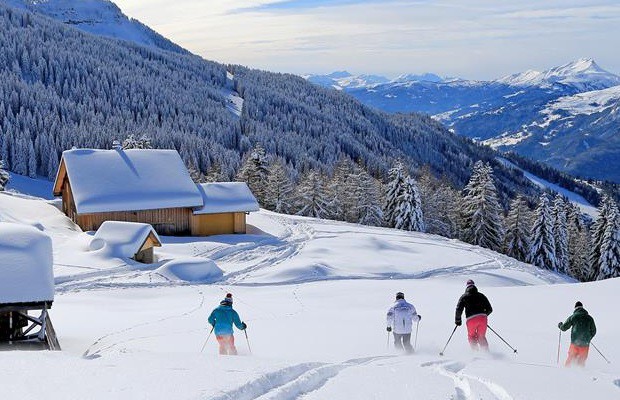 There are record snow levels in the French Alps

PARADISKI, the huge 31ski domain in the French Alps (Les Arcs/Peisey Vallandry/La Plagne) with 425km of pistes, is reporting record levels of snow for the February holidays.

Snowfalls of this magnitude haven’t been seen since 1966.

The sheer depth and quality of the snow fall in the area will offer visitors excellent skiing conditions and snowsports enthusiasts are urged to take advantage of any last-minute offers offered by ski operators.

With fresh snowfall forecast in PARADISKI for next week and with 70 per cent of its pistes situated above 2000 metres, skiers have a good chance of excellent skiing conditions throughout the ski area until the April 21st when PARADISKI closes.

Paradiski is a large interconnected domain, of only several that exist in the world. Located in Savoy it links Les Arcs/Peisey-Vallandry and la Plagne massifs. Paradiski opens from December 17th to April 21st 2012.