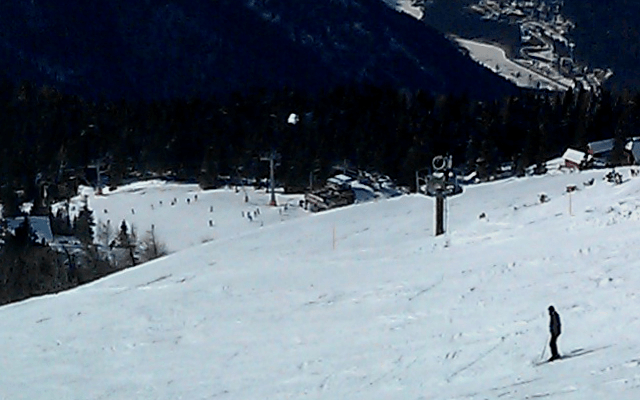 Slovenia is celebrating the 2009/2010 ski holiday season with the debut of a new cable car and ski piste linking the local Kanin resort to Italy’s Sella Nevea resort.

The joint ski area will be accessible with one lift pass, allowing skiers from both the Slovenian and the Italian sides of the mountain to enjoy the slopes at both resorts.

The internationally connected ski centre will be the first of its kind in an area where, for most of the previous century, there was a strict border divide between the two countries.

The connected ski centre is expected to be called Kanin-Canin and will be one of the largest ski areas in Slovenia.

Kanin is Slovenia’s only resort with slopes over 2,000m and the high altitude means its season often lasts into early May.

The resort has a good mixture of advanced, intermediate, beginner and cross-country trails. The link to Sella Nevea will provide an even greater choice of runs, particularly for beginner skiers.