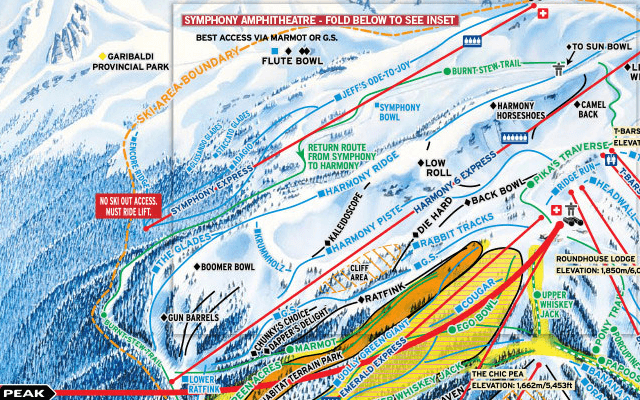 Taking to the slopes across Europe this winter

The snow is already falling across Europe ahead of the continent’s annual ski season.

With news this week Andorran resorts in both the Grandvalira and Vallnord valley’s are opening early, with snow falling since early October, pistes in Austria, France, Italy and Switzerland are all expecting a bumper season.

Here we leads skiers through the top ten ski resorts, as voted for by readers of travel portal Trivago.

Schmittenhöhe in Zell am See is part of the European Sports Area near Salzburg in Austria.

The ski resort has 77 kilometres of slopes (25 kilometres of which are classified as black), ranging from 750 to 2,000 metres. Ski runs in Zell am See often cover over 1,000 metres difference in altitude – making them some of the steepest in Europe.

The resort also offers a lot for snowboarders; including a rodeo fun park with rails, fun boxes, kickers, spins and a quarter pipe. There is also a two kilometre trail for the more hardy cross-country skiers.

Over in Ischgl-Samnaun, the Silvrette Arena has 39 lifts and ropeways and 215 kilometres of ski runs.

The resort is located above 2,000 metres, ensuring that 90 per cent of the area has guaranteed snow from the end of November until the beginning of May.

The Swiss border is also accessible on the slopes, so there is no problem skiing into the Swiss duty free zone of Samnaun. The Austrian village Ischgl, 100 kilometres from Innsbruck, has a variety of bars and is renowned for its late-night partying.

Situated in the Ã–ztal, Solden is one of the most well-known ski resorts in the Austrian Alps, where 34 ski lifts and gondolas connect 151 kilometres of slopes.

The Alpine Ski World Cup venue also covers two glaciers and is the only place in Austria with three mountains higher than 3,000 metres.

The ski resort is a popular party destination for young people who start their apres-ski parties around 16:00 every day.

Numerous ski huts, pubs and discos invite for apres-ski events, with the Hinterhack Alm, located at the Turnlift, the place to be at 16:00, with live music every day.

A lot of nationalities choose this ski resort, particularly the Germans, Dutch and British, with the Schattberg run a great way to finish a day of skiing if conditions are good.

Over in Italy, Merano is the one of the most popular ski resorts in the Bolzano Province.

Located 2,000 metres above sea level its 40 kilometre ski slopes are easily accessible from Schenna town or from Falzeben. Merano is also well known for its Christmas market and for its thermal baths.

Moreover, the Dolomiti Superski in Cortina D’Ampezzo is also regarded as one of the best ski resorts in Italy and is great family resort.

It’s located in the Dolomite Mountains in northeast Italy, between Trento, Bolzano and Belluno provinces, in Val di Fassa. Skiers can enjoy over 350 kilometres of slopes in 90 ski regions.

Val Thorens is the highest ski resort in Europe, located in the French Alps at an altitude of 2,300 metres.

The highest skiable peaks are in Pointe du Bouchet (3,220 metres) and Cime de Caron (3,200 metres). It is the most international ski resort in France: more than 70 per cent of its visitors are foreigners.

Val Thorens is an ideal resort for late season skiing, with snowfall there this year until April 23rd, with the last week of skiing at the beginning of May.

The ski resort Saint Lary Soulan is located close to the French border, and has all the charm and character of a mountain village.

It is one of the largest ski resorts in the French Pyrenees with over 100 kilometres of downhill slopes – with 55 ski runs, ranging from slopes for experienced skiers to family slopes.

During the summer the Tour de France frequently runs through Saint-Lary-Soulan, most recently in 2005.

Located in the south-west of Switzerland, Verbier is a paradise for freeride skiers.

It is an international meeting point for experienced skiers and snowboarders who take advantage of the vast amount of backcountry. Safety equipment and a high level of experience are required in this region; a popular filming destination of Teton Gravity Research.

Verbier is also a popular holiday destination for the likes of international stars, such as James Blunt, Victoria Beckham and the British princes William and Harry. Not surprisingly, it is one of the most expensive ski regions in the Alps.

Finally, Baqueira – Beret is located in Vielha e Mijaran which is the largest ski resort in the Spanish Pyrenees and a popular retreat for the Spanish royal family, who go there every winter.