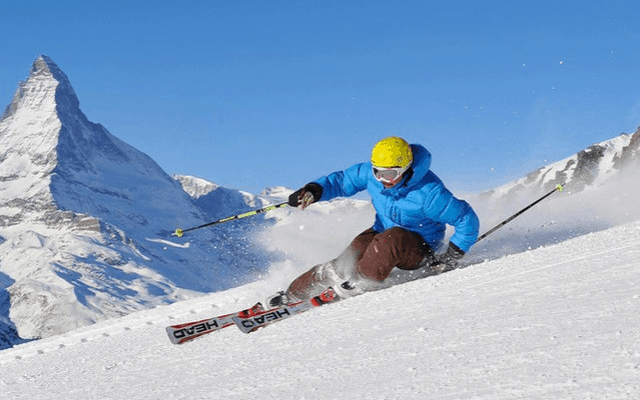 Spring ski breaks around the world

Think the ski season is almost over? Think again.

Plenty of ski resorts keep their lifts running well into spring, and with a great winter in Europe this year, it’s looking like the snow will last for a long time yet.

So don’t pack those skis and snowboards away, use our new guide to spring skiing – in Europe, North America and Japan – to extend the ski season.

Why go skiing in the spring?

It is much cheaper to go skiing in the spring. Late season is low season, so lift passes and accommodation cost considerably less than during mid-winter. What’s more it also quieter. Skiing and snowboarding in late season means fewer people on the slopes, and less chance of lift queues.

Perhaps the most attractive element of off season skiing is the weather. As spring approaches it is much sunnier, while the weather generally is more pleasant towards the end of the winter. This means longer daylight hours and longer lift opening times; giving holidaymakers the chance to enjoy the BBQs and beer drinking that takes place on the sun terraces of slope-side cafes and bars.

But remember – Mother Nature is an unpredictable woman; it’s not unknown to get cold weather and heavy snow even in May, so don’t assume that the sun will definitely have his hat on and always come prepared for cold, snowy weather.

The general rule when selecting a resort to go late season skiing is: head high, or head north. The higher the altitude of the ski area, the colder it is, and therefore the longer the snow lasts, so ideally, skiers should aim for resorts that have skiing at 2,000 metres or above.

If the resort incorporates a glacier all the better, as this may mean skiing is possible almost all year round – albeit on limited terrain and short pistes.

It is also important to keep an eye on snow depths which can vary considerably from year to year. Relevant information can normally be found on resort’s website. Some years poor snowfall may mean lifts cease to run much earlier than other years (like this year), where a heavy winter can prolong the ski season for weeks.

offers a number of slopes over most 2,000 metres,- which meaning the snow keeps cooler for longer and the lifts keep running until early May.

Part of the huge Three Valleys ski area, Val Thorens is an excellent bet for good snow conditions even late in the season.

is 200 kilometres above the article circle on the border with Norway, and is one of the world’s most northerly ski resorts. It also offers the opportunity to ski in the land of the midnight sun.

The best conditions are found later in the season and the lifts here don’t stop running until the end of June.

Åre also claims to be northern Europe’s largest and most advanced ski location – boasting a season that starts in November and lasts until May. With 100 pistes to enjoy plus night skiing too, Åre is a popular choice for late season skiing.

is a ski resort with a glacier, where winter sports enthusiasts can continue to enjoy skiing until early May in the main resort. Summer skiing on the glacier starts in June, which offers an impressive 20 kilometres of runs and a vertical drop of over 750 metres.

The famous Swiss ski of resort of

has lifts that take holidaymakers to 3,899m, and offers skiing till early May, before the summer skiing begins on the glacier – meaning that Zermatt is one of the few, truly year-round ski destinations in the world.

also in Switzerland, has a ski area that sits between 1,800 and 3,500 metres and has access to a glacier, Sass Fee offers late-season skiers plenty of snow, while at the same time has the chocolate-box charm that is not always found in other high-altitude resorts.

is one of the higher resorts in Europe with pistes to 3,000 metres and has a good snow record. Bizarrely, is also known for its sunny location.

It offers one of Europe’s largest terrain parks and the skiing lasts until late April/early May on a good year. Livigno’s tax-free tax status is also a considerable draw, meaning that food and drink are excellent value.

in Japan is located in Yamagata on the main island of Honshu, and gets so much snow (up to eight metres) during the winter, that it doesn’t even open until April because the resort is inaccessible until then!

The lifts then continue to run until late July where skiers and snowboarders can enjoy almost 1,000 metres of vertical terrain.

Canada enjoys the presence of a glacier on Blackcomb Mountain, meaning skiers here can keep going till June. The excellent slope grooming and snow-making facilities also help to ensure a lengthy season in what has repeatedly been voted the best ski resort in the world.

in California, USA, has a season that typically lasts into June but also boasts over 300 days of sunshine a year! Skiers and snowboarders can get the best of both worlds at one of the USA’s premier mountain resorts.