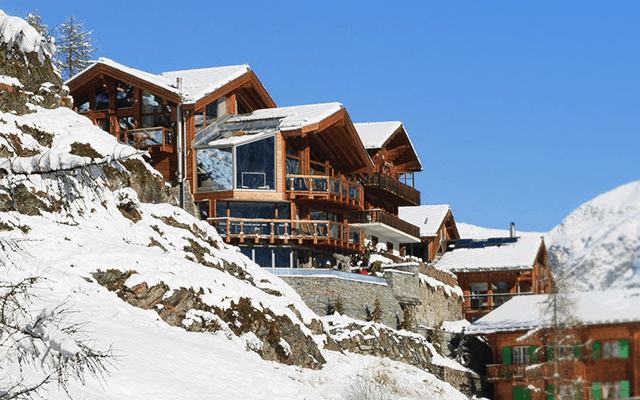 Zermatt in the Swiss Alps

Ski resorts in France, Austria, Switzerland, Italy, Slovenia, and Sweden have been chosen as part of a new top ten of Europe’s best places to ski in 2008.

The list of resorts, which is based on where is generating the greatest buzz ahead of the season, has been put together by the TripAdvisor, a website where holidaymakers can share their travel experiences.

As well as the well-established resorts such as Zermatt in Switzerland and Les Deux-Alpes in France, the list also includes lesser-known ski hotspots such as Ortisei in Italy.

Additionally, the European ski season is set to have a “flying start” thanks to the early snow, TripAdvisor explains, getting one-up on some resorts in the Rockies which the website says are “struggling to open”.

Great mountain views of Mont Blanc and the Beaufortain range, plus a host of winter sports activities along with great skiing make La Plagne the top resort this season.

La Plagne is made up of six high altitude resorts, which are based at around 2,000 metres, and has free transport at the base of each peak from eight in the morning until midnight.

Holidaymakers can also try out paragliding and bobsledding as well as winter activities such as snowshoeing and ice skating.

The historic resort of Obertauern in Austria is one of the highest in the country, and is based around the Tauern mountain pass.

The resort has almost 100km of pistes, 26 lifts and offers great skiing as well as being known for its lively nightlife. However, those looking for more than just skiing are very well catered for – the resort offers horse-drawn sleigh rides, tobogganing, snow shoeing and cross country skiing.

As well as runs suited to beginners and experts alike, other activities available at the resort include cross country skiing, snow mobiling, mountaineering and ice climbing.

Kranjska Gora is in Slovenia’s Julien Alps and is close to the Italian and Austrian borders.

Holidaymakers can ski at Alpe di Suisi or Val Gardena, which between them have 175 km of runs ideal for downhill skiing.

The area is famous for its wood carving, and lots of examples of finely crafted figurines and artworks can be found in local shops. One of the best shopping locations is Ortisei, which has a pedestrianised centre selling clothes, sports goods, fine foods, art and crafts.

As well as having some of the best family-friendly skiing in the country, there are also opportunities to go on dog sled rides, snowmobile tours, see reindeer and go snowshoeing.

There is also a chance to see what you can catch with a spot of ice fishing, and if you are lucky you may even see the sky lit up by the sight of the northern lights.