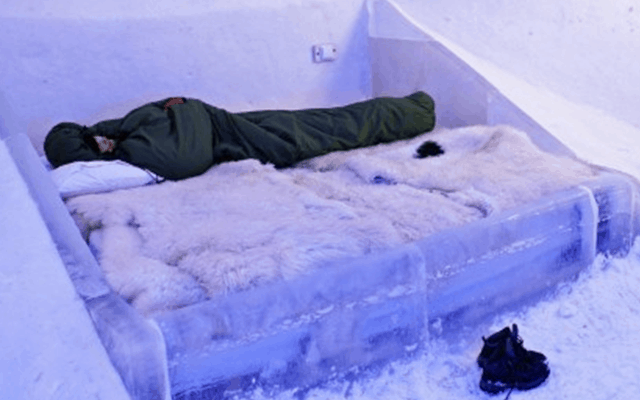 Hotels don’t get cooler than this!

If you want to embrace the spirit of winter this year and have a Christmas holiday to remember, forget the annual jaunt to sunnier climes and instead opt for a magical escape to our pick of über-cool places to stay (literally!). 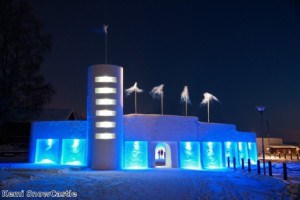 Channel your inner Snow Queen in this stunning SnowCastle in Kemi, Finland. The icy structure is built annually and carved into a snow hotel, restaurant, ‘children’s world’ and even a chapel. Each year the SnowCastle features a different theme and this year’s is sport, with a series of sports figures sculpted masterfully out of ice and snow throughout the SnowCastle. This year it opens on January 28th and stays open until the end April 7th. A standard double room at the Kemi SnowCastle costs from £116 per person per night. Prices include entrance fee to the SnowCastle, an overnight stay in a snow room with an arctic sleeping bag, breakfast in the warm Castle Lounge and morning shower. 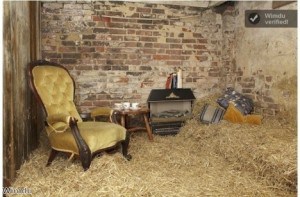 Christmas breaks don’t come much quirkier than this. A woman has transformed her stable in Brighton into a mini Bethlehem – which you can spend the night in for a mere £12 for two people. The stable comes complete with a straw bed for two, tea making facilities, an armchair, a manger and a resident donkey. Shepherd costumes, bath towels and WiFi are available at an additional cost, but lessons in a traditional British Christmas are offered free of charge. Stays can be arranged via Wimdu.co.uk. 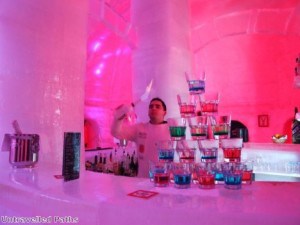 Nestled between the icy peaks of the Fagaras Mountains at an altitude of 2,000m and only accessible by cable car, the Ice Hotel in Romania is perfect for those that want to get away from it all. Each year, once the Balea Lake freezes over, ice sculptors create the magnificent structure, complete with its own ice church, individually sculpted rooms and a super-cool ice bar (with frosted glasses made of ice – of course!). Untravelled Paths’ classic Ice Hotel & Transylvania four-night package costs from £400 per person and includes a one night stay in the vibrant capital city of Bucharest. 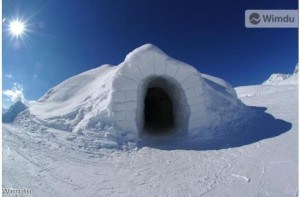 Always wanted to know what being an Eskimo is like? Now you can find out! The igloo village on Germany’s highest mountain has become quite a cult location in recent years. Each igloo is individually designed by international artists is equipped with lamb fur and even a private bathroom. The village also features a sauna and warming cheese fondue to keep you feeling toasty. Stays can be arranged via Wimdu.co.uk. 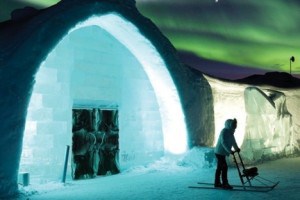 Holidaymakers looking for a really quirky break that combines both a treehouse and ice hotel in Sweden should look no further than the brand new ‘Treehotel and Icehotel’ tour from Taber Holidays. The five-night trip offers the chance to sleep high up in the treetops in a giant Bird’s Nest, Mirrorcube or UFO, as well as the opportunity to spend a night tucked up in a thermal sleeping bag upon a bed made of ice and snow. The tour takes in two of Sweden’s most unique hotels linked by a fabulous rail journey across the Arctic Circle. The Taber Holidays trip departs daily from December 7th to April 14th 2013; prices from £1,506pp.