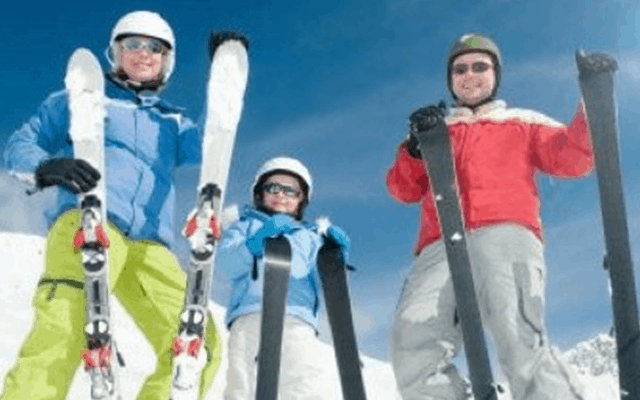 Are you looking for a winter sports holiday that won’t break the bank?

According to research, savvy skiers should head to European slopes this winter to take advantage of the weaker euro. Resorts in Eastern Europe may be leading the way for good value, but traditionally expensive destinations in Switzerland, France and Austria are also enjoying a fall in prices. Skiers can expect a 14.7 per cent drop in the cost of ski essentials compared to a year ago in Switzerland, whilst France will see a 6.74 per cent drop and Austria an average fall of 7.28 per cent, according to research by Moneycorp.

We’ve picked out our top 5 ski resorts that offer great value for money:

Bansko, in Bulgaria, is located in the foothills of the Pirin Mountains, with three of its peaks rising over 2,900m. With around 75km of pistes, skiers will not only find great skiing without the crowds, but also the wonderful atmosphere of historic Bansko – a small Bulgarian town with bags of character and a very unique culture. Bansko may be small, but there are plenty of lively pubs located along its cobblestoned streets to keep those in search of après-ski happy.

Bulgaria is proving to be one of the best options for skiers on a budget yet again this year; skiers will find their pounds stretch even further as sterling buys 7.5 per cent more Bulgarian lev than last winter. Bansko offers the cheapest ski pass and equipment hire in all of Europe. A weekly ski pass costs a mere £106, nearly half the price than in many of the ski resorts in France and Switzerland, and weekly ski hire only £66, according to the Ski Resort Report compiled by Post Office Travel Money and Crystal Ski.

Krvavec ski resort, in Municipality of Cerklje, may be small but it’s the closest ski resort to an international airport in the whole of Europe (Ljubljana – Brnik; a mere 8km away). That’s not the only advantage though – due to its favourable location – the ski season, which starts in late November, runs until early May. All well as 30km of well-maintained ski runs, the resort also boasts an igloo village and Snow Hotel for those after quirky accommodation.

Skyscanner has named Krvavec the cheapest ski resort in Europe, with the total cost of a ski holiday, including flights, at £736. A weekly Rogla- Krvavec adult ski pass costs £108 and ski hire at £12 a day.

Livigno is a high altitude ski resort located in the Italian Alps close to the border of Switzerland. Not only is the resort great value for money, but its altitude – ranging from 1,800-2,900 metres above sea level – also means that it is one of the most snow-sure resorts in Europe. The pistes are best suited to intermediate skiers with 37 red and 29 blue runs. The resort has 12 black runs for more experienced skiers.

Livigno offers the lowest-priced ski school (£75.44) – 49 per cent cheaper than Nendaz, Switzerland – as well as a very reasonable ski pass at £168 per week. Ski hire costs £96.49 per week and lunch on the slopes costs just over £10, according to the Ski Resort Report. What’s more, the benefit of the h2 pound is compounded by a three per cent drop in resort costs, will bring prices in nine per cent lower than last year once the exchange rate has been applied, the report says.

Andorra may not be the first place you think of when considering a ski holiday in Europe, but it has long been known as a budget-friendly place to hit the slopes. Soldeu is one of the most popular resorts, sitting at 1,710m, and is ideal for beginners and intermediates with plenty of wide, gently-sloping runs. There’s plenty to suite more experienced skiers though, with 21 black runs and several challenging mogul runs.  For adventure seekers there are a few freestyle parks in the Grandvalira area, the biggest of which is located in Grandvalira El Tarter, with some challenging jumps, a big air bag, half pipe and a selection of rails.

According to the Ski Resort Report, a weekly ski pass costs £183 and a week’s ski hire, £73.68. However, a small bottle of beer will put you back around £3.95, nearly three times the price of beer in Bulgaria.

Ellmau is located in the foothills of the picturesque Wilder Kaiser mountain range in the Tirol region of Austria. Ellmau has a glowing reputation and with 279 km of ski runs, over 90 modern lifts, the resort is undoubtedly world-class. The resort is ideal for intermediate skiers, but for the more adventurous, the Hartkaiser links you into the fantastic Ski Welt circuit, linking eight resorts with over 250kms of pistes. Back in the resort, skiers can expect a quaint and attractive Austrian village, with plenty of bars and cafes to keep snowsport-enthusiasts entertained.

Skiers may associate Austria with some of the most expensive resorts around, but Ellmau is one the cheapest, according to the Ski Resort Report. A weekly ski pass will set skiers back £180 whilst ski hire for a week costs a very reasonable £50.