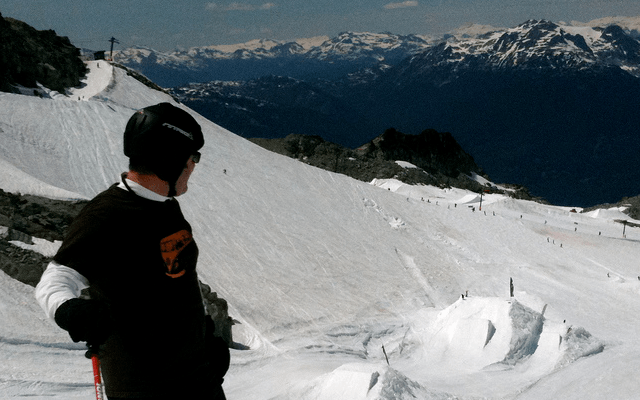 You can hit the slopes sooner than you think!

Not sure you can wait until the next ski season for your snowsports fix? Contrary to popular belief, it is possible to ski during the summer months – on glaciers!

The first half of the summer is the best time for glacier-skiing. The accumulated snow from the previous winter can last right into mid-summer and this year snow has been falling in spades, meaning the slopes are looking the best they have been all season.

Here are the best summer-skiing locations this year:

Arguably the best-known glacier in Europe, skiing in Hintertux is possible even in the middle of August – from 3250m down to 2600m. There are 21 lifts that run through the winter and nine of these are generally operational through the summer, depending on the snow levels. Innsbruck is the nearest airport to Hintertux, which is approximately 90km away (about one and a half hour’s drive). Another airport to fly to is Munich in Germany. It’s around 180km from Hintertux and generally takes around two and a half hours.
Hintertux (photo: Zillertaler Gletscherbahn)

The glacier at Kaprun isn’t open all year but runs for most of the summer, only closing for a few weeks after the winter season for maintenance. The ski area is smaller than the other Austrian glaciers but there is a good variety of terrain available. Salzburg is the nearest airport to Kaprun, approximately 100km away.

Summer lift operation depends largely on demand. During the quieter parts of the summer only a few lifts will run, operating more in August when it’s the holiday season (depending on the snow levels). The close proximity of the glacier to Innsbruck makes Stubai a winner for many people; it’s only around 30km from Innsbruck (about a 45-minute drive).

The Grande Motte glacier at Tignes is open for most of the summer and offers a good variety of summer skiing. The glacier is accessed by the funicular from Val Claret which takes around seven minutes. The glacier is usually open from around 7:30am until 1pm; this helps make the most of the snow and also preserve it by closing it in the afternoon. Grenoble airport is the nearest place to fly to, which is around 165km away.

One of the biggest glaciers in the French Alps – Les Deux Alpes – houses an impressive snowpark even during the summer. Most of the ski runs in the summer are blue level but there are a few reds available too. Grenoble is the nearest airport to Les Deux Alpes, which is roughly 70km (about an hour and a half’s drive).

The glacier at Val Senales is open throughout the summer season for snowsports. It is only a small glacier but has an interesting variety of runs available and some small kickers. It is quite remote and the nearest airport is Innsbruck in Austria which is 190km away (approximately two and a half hours drive).

The Plateau Rosa glacier at Cervinia is one of the smaller Italian glaciers. You can ski up here in the summer although the terrain available is fairly limited and most people consider the glacier at Zermatt, just over the border, to be the better option. The best way to get there is to fly to Turin, which is around 130km from Cervinia, and should take no more than an hour and 45 minutes to drive.

There is a good range of summer skiing on Zermatt’s glacier; helped partly by the altitude. The skiing starts at over 3800m. The pistes are a mixture of blues and reds and the stunning views alone are a reason to head up there. Geneva, Zurich and Sion are the nearest airports. The trains from Geneva and Zurich are frequent and take roughly four hours.

Saas Fee has a great glacier which is usually open from the beginning of July. The glacier is home to some Warren Smith ski courses and several competitions in their park over the course of the summer. As Saas Fee is the neighbouring valley to Zermatt, you could combine a holiday with some skiing there too. Trains are approximately four hours from either Geneva or Zurich

The Palmer Snowfields at Timberline is the only place you can ski in America during the summer. They are usually open year round but more recently they have closed towards the end of summer, due to waning snow levels.

For up to date snow reports keep your eyes peeled on our blog or alternatively visit: www.skiclub.co.uk.